Swansea University is a research-led university that has been making a difference since 1920. The University community thrives on exploration and discovery, and offers the right balance of excellent teaching and research, matched by an enviable quality of life.

Set in parkland overlooking Swansea Bay on the edge of the breathtaking Gower Peninsula, the University’s location is captivating. With 15,921 students and 2,510 staff, Swansea’s multicultural campus community provides a global perspective and opportunities to gain skills that last a lifetime.

True to the vision of its industrial founders in 1920 Swansea University will:

Provide an environment of research excellence, with research that is world-leading, globally collaborative and internationally recognised;

Deliver an outstanding student experience, with research-led and practice-driven teaching of the highest quality that produces global graduates educated and equipped for distinguished personal and professional achievement;

Use its research strength, collaboration with industry and global reach, to drive economic growth, foster prosperity, enrich the community and cultural life of Wales and, contribute to the health, leisure and wellbeing of its citizens.

The University is planning an ambitious campus expansion and development programme that will enable it to double in size and further enhance the student experience. Read about the proposed Bay Science and Innovation Campus here.

You can also read more about the University’s history, ambitions, and management.

In a park, by the beach, near the city

There’s stunning coastal scenery on our doorstep (we’re on the edge of the beautiful Gower Peninsula), yet we’re within easy reach of Swansea, which offers a thriving cultural scene and the best of modern city life.  You can find out more about our unique location here.

The University is also currently building a major new campus – the Bay Campus – which is a 65 acre development on the eastern approach into Swansea.  For further information, visit our dedicated microsite.

A global perspective, with opportunities to gain skills that last a lifetime

Swansea was the first campus university in the UK, and its friendly, close-knit appeal encourages a welcoming and supportive community.

The Law Library is the University’s original library, and the second oldest building on campus after Singleton Abbey. It was designed by Vernon Owen Rees, and was opened by the Duke of Kent in 1937. It is now a Grade II listed building.

Fulton House, named after the Principal J S Fulton, was originally named College House. It was designed by Percy Thomas and opened in 1965, and is a Grade II listed building. It now houses a range of student services, restaurants, and shops.

The Wallace Building is the University’s other Grade II listed building. Also designed by Percy Thomas, it has an impressive marble porch and main hall, and is notable for its carved reliefs along the central block. It was completed in 1961.  Singleton Park campus map

The University is currently constructing a major new campus – the Bay Campus – which is a 65 acre development on the eastern approach into Swansea.

This development goes hand-in-hand with plans to transform the existing Singleton Park Campus, greatly enhancing the student experience across both sites.

Construction of the Bay Campus has commenced and will be completed by September 2015. For further information on the Campus Development Programme, visit our dedicated microsite.Bay Campus map 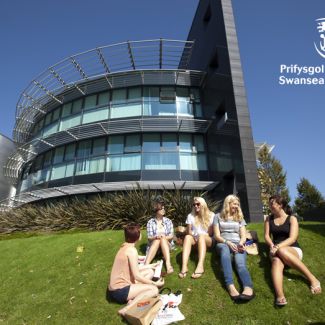 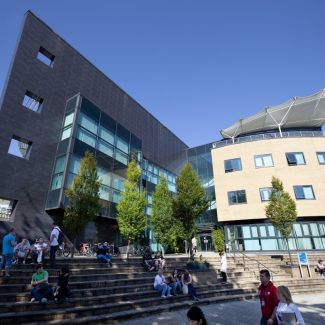 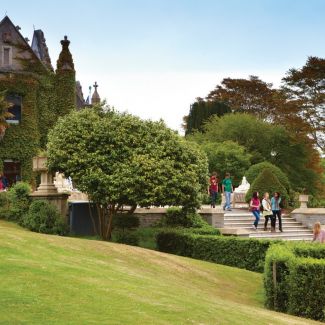 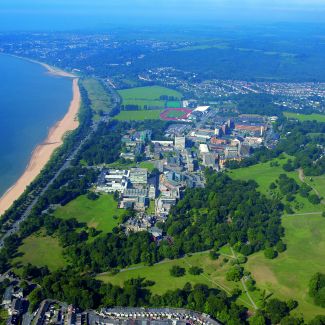 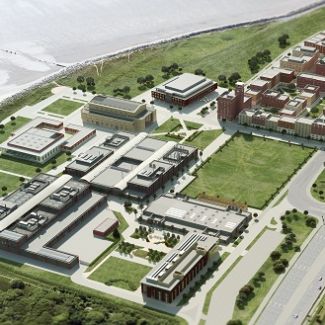 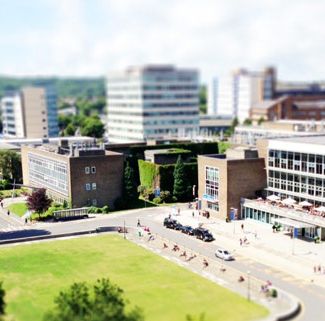 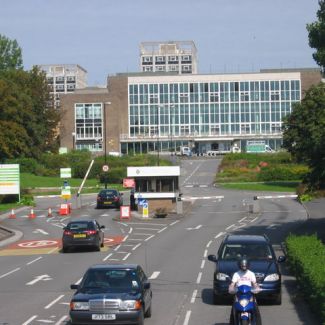 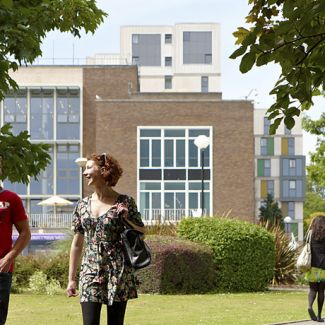 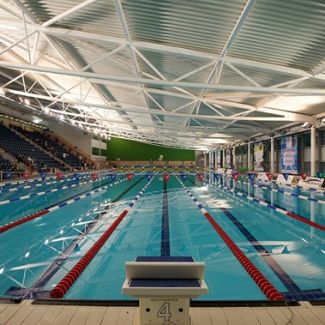 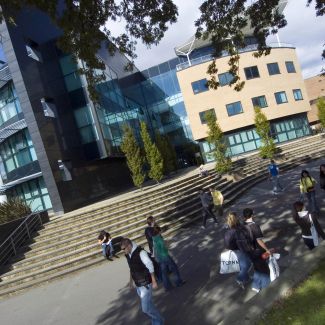 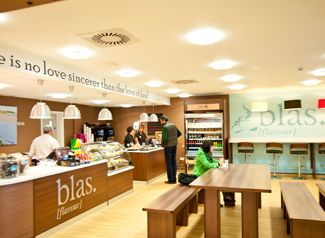 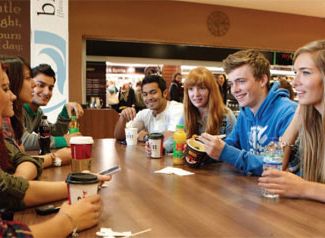 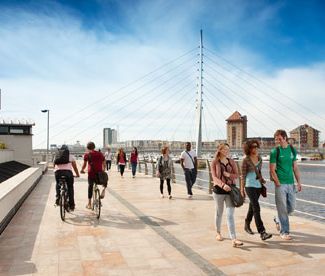 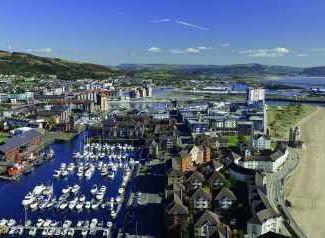 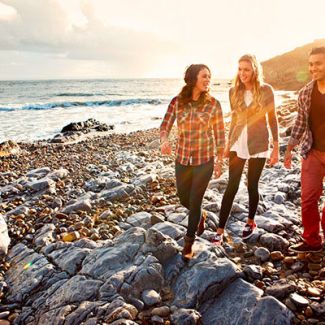